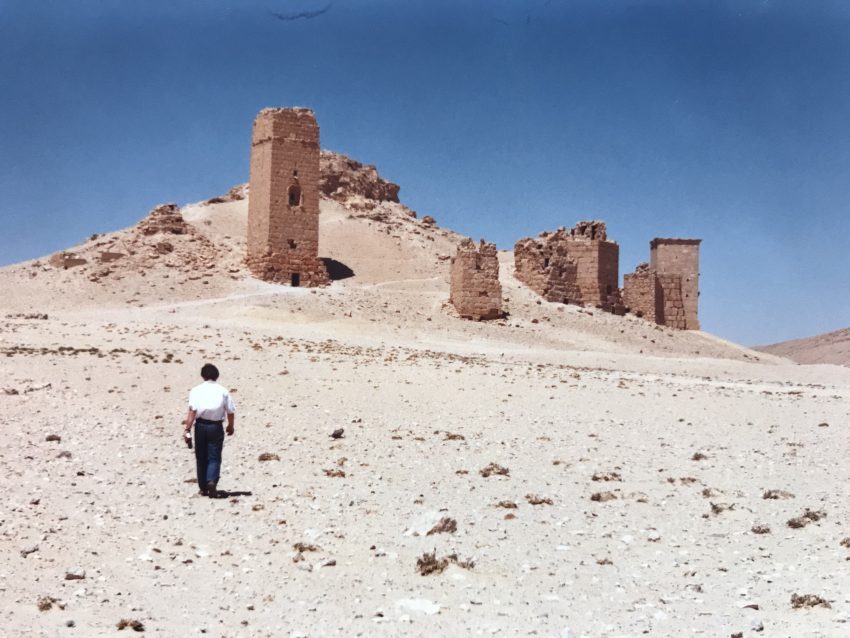 For most of my life, as war reporter, media executive, internet pioneer and filmmaker, I helped other people to tell their stories. I’m proud of that work but have recognised in recent years that I probably chose it as a career in order to stop me feeling my own anger, self-doubt and grief. I’ve found that I’m not alone: many men suffer from emotional burdens which they’re expected to ‘man up’ and deny. So I’ve set journalism aside to write memoir and fiction that explores how men hurt and how they heal.

Here is the brief story of my working life.

I studied Arabic at Cambridge University, spending a year living in Syria and travelling through the Middle East. The violence of the civil war in Lebanon, which filled Damascus with refugees, and the importance of Arab oil inspired me to become a journalist.

As a correspondent and editor for Reuters in the 1980s and 90s, I reported from 24 countries on four continents. I covered the Iran-Iraq war, Israel’s invasion of Lebanon and an Islamist insurgency in Egypt. I directed Reuters coverage of China’s Tiananmen Square uprising, relaunched Reuters Japanese service and ran all Reuters editorial operations in the Americas.

I left Reuters in 1996 in frustration that the company saw the internet as a Californian fad. With a friend, I started an internet news network based in an attic in East London which created multimedia web documentaries on the world’s biggest news stories and mobilised citizen journalists to report events ranging from floods in Mozambique to fuel protests across the UK. I myself reported from Iraq under UN sanctions, using a satellite phone and early digital camera to chat live online from the field and file multimedia blog posts.

When the dotcom crash of 2001 wiped out the company’s revenues and Al Qaeda attacked New York and Washington, I used my Arabic and my understanding of the internet to find and analyse Al Qaeda’s online propaganda, writing articles explaining the group’s logic and strategy, and speaking at intelligence conferences.

Unwilling to be drawn into a world of spies, I set out to report Al Qaeda’s conflict with the West for television, aiming to learn visual storytelling in preparation for the internet being able to stream video. I produced Channel 4 News’s award-winning coverage from Baghdad of the US-led invasion of Iraq in 2003 and reported the war for the Financial Times.

When it became too dangerous for foreign journalists to work in Iraq, I recruited an Iraqi team in Baghdad which made 60 short films over four years for Channel 4 News and international syndication. One film was played in evidence at Saddam Hussein’s trial. I directed documentaries on Al Qaeda’s internet propaganda, the crisis of two million Iraqi refugees in Syria, and a candidate standing for parliament in the violent anarchy of civil war Iraq.

In 2010, I was headhunted to Al Jazeera in Qatar as Director of Programmes. I reshaped the output by commissioning 10 new documentary, discussion and magazine strands and 16 one-off series, including an innovative environment show and powerful films on the Arab Spring. As deputy launch manager of Al Jazeera’s ill-advised cable news channel in America, I supervised development of a full slate of live daily current affairs shows and documentary series. Al Jazeera won more than 30 British, American and international awards for programmes made in my time.

In 2014, I returned to the UK and tried to start a production company making Arabic-language comedy and drama and a network reporting live video news online. Both ventures failed to take off. At the same time, I became obsessed with buying an old wooden boat even though I could hardly sail.  I shaped a new life writing, sailing, and volunteering to resettle a family of Syrian refugees in north London.